How to Spot Emotional Unavailability (Part 1) 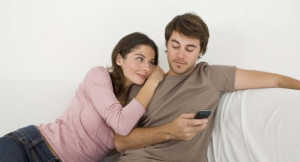 If you’ve ever been in a relationship full of emotional unavailability, you know the pain of not being able to get close to the one you love. They’re evasive, make excuses, or are just inept when it comes to talking about feelings or the relationship. Some use anger, criticism, or activities to create distance. You end up feeling alone, depressed, unimportant, or rejected.

There are several types of unavailability, both temporary and chronic. Some people have always been unavailable due to mental illness or a troubled childhood. Others temporarily make something a higher priority than a relationship, such as a family obligation, education, project, or a health concern. People recently divorced or widowed may temporarily not be ready to get involved with someone new. In the middle are those who are too afraid to risk falling in love because they’ve been hurt by one or more relationships, which may include being hurt by a parent when they were a child. Often these different reasons for unavailability overlap, and it’s difficult to ascertain whether the problem is chronic or will pass.

If you’re looking for a close, committed relationship, a person living in another state, or who is married or still in love with someone else is not going to be there for you. Similarly, addicts, including workaholics, are unavailable because their addiction is the priority and it controls them. Still, some people give the appearance of availability and speak openly about their feelings and their past. You don’t realize until you’re already in a relationship that they’re unable to really connect emotionally or make a commitment.

10 Signs of Someone Unavailable Emotionally

Here’s a list of more subtle red flags that may signal unavailability, especially when several add up. They apply to both genders. Following them are questions to ask yourself to find out whether you’re ready for a committed relationship.

1. Flirting with flattery. Men who are too flattering may also be adept listeners and communicators, like snake charmers. Often good at short-term intimacy, some lure with self-disclosure and vulnerability, but they prefer the chase to the catch.

2. Control. Someone who won’t be inconvenienced to modify his or her routine. Typically, commitment phobics are inflexible and loathe compromises. Relationships revolve around them.

3. Listen. Your date may hint or even admit that he or she isn’t good at relationships or doesn’t believe in or isn’t ready for marriage. Listen to these negative facts and believe them. Ignore vulnerability, bragging, and compliments.

4. The past. Find out if the person has had a long-term relationship and why it ended. You may learn that prior relationships ended at the stage when intimacy normally develops.

5. Perfection seekers. These people look for and find a fatal flaw in the opposite sex and then move on. The problem is that they’re scared of intimacy. When they can’t find imperfection, their anxiety rises. Given time, they will find an excuse to end the relationship. Don’t be tempted to believe you’re better than their past partners.

6. Anger. Notice rudeness to waiters and others, revealing pent-up rage. This type of person is demanding and probably emotionally abusive.

7. Arrogance. Avoid someone who brags and acts cocky, signaling low self-esteem. It takes confidence to be intimate and committed.

8. Lateness. Chronic lateness is inconsiderate, and can also indicate the person is avoiding a relationship, but don’t assume that punctuality means he or she’s a catch.

9. Invasiveness or evasiveness. Secrecy, evasiveness, or inappropriate questions too soon about money or sex, for example, indicate a hidden agenda and unwillingness to allow a relationship to unfold. Conversely, someone may conceal his or her past due to shame, which may create an obstacle to getting close.

10. Seduction. Beware of sexual cues given too early. Seducers avoid authenticity because they don’t believe they’re enough to keep a partner. Once the relationship gets real, they’ll sabotage it. Seduction is a power play and about conquest.

…How to Spot Emotional Unavailability (Part 2) will be posted tomorrow