Stop Trusting Yourself: Becoming Self Aware 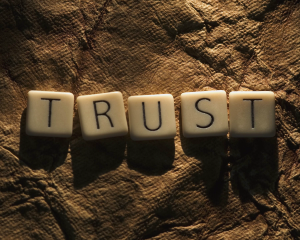 TRUST is a double-edged sword. Though you can accomplish more in life if you put your faith in others, doing so also leaves you vulnerable. If your friend, business partner or political ally betrays you, he benefits — in terms of money, power or some other resource — at your expense. This risk is the drawback of trust, and it leads many people to prefer self-reliance, an arrangement that seems more secure because the only person you have to count on is yourself.

But can you really trust yourself more than others? Recent findings suggest that the answer is no.

To understand why, you first need to realize that trusting yourself actually does involve two people — it’s just that they’re both you. There is a present you and a future you. And while present-you may think that resisting a trip to the casino will be fairly easy in two weeks, future-you may not feel the same way when the time comes. Future-you, like anyone else, cannot always be trusted.

Such misplaced trust typically occurs because of two cognitive glitches. The first, identified by the psychologists Daniel Gilbert and Timothy Wilson, is that our predictions for how much we’ll want something in the future are often swayed by how we’re feeling right now. In one of their experiments, participants’ expectations of what they’d like to eat for breakfast tomorrow were principally influenced by how hungry they were today. Those who were very hungry believed they’d be so hungry the next morning that they’d even enjoy eating spaghetti for breakfast. Meanwhile, those who were not hungry believed they wouldn’t feel much of a need to eat spaghetti even for dinner, though in general they loved spaghetti. This tendency to give too much weight to extraneous momentary feelings poses a big problem when it comes to gauging the trustworthiness of future-you.

The second glitch is that your mind tends to discount the value of future rewards, meaning that as the time between you and a potential reward shrinks, your desire for it grows. The new iPhone that seems only mildly enticing now can be irresistible when it’s sitting in front of you.

Put these two glitches together and the effect can be calamitous. While today you feel confident that you’ll be able to honor your planned monthly contribution to your retirement savings, window shopping at the Apple Store next week may change all that. The result? A broken promise to yourself.

The worst part is that you didn’t see it coming. Which raises the question, why do we continue to trust ourselves? The answer resides in another type of cognitive bias. People generally like to think of themselves as trustworthy, so when their actions don’t live up to that ideal, their minds simply erase the failure.

The psychologist Piercarlo Valdesolo and I have demonstrated this phenomenon in several experiments. In one of them, we gave participants a coin to flip that would determine whether they would have to complete an enjoyable task or an onerous one. We then left them “alone” to flip it (while secretly monitoring them). Ninety percent of them did not flip the coin (or they kept flipping it until they got the answer they wanted) and unfairly assigned themselves the preferable task.

All the participants in our sample had earlier stated that cheating on the task would be immoral. But when evaluating their actions afterward, most not only continued to view themselves as fair even when they weren’t, but also readily condemned others for cheating in the same way. Their minds quickly whitewashed their own untrustworthy actions. They didn’t ignore what they did; they just created a story for why it was O.K.

You might wonder what purpose this psychological tendency to deceive ourselves about our own trustworthiness could serve. The answer is that, while it is useful to avoid working with other people who are untrustworthy, refusing to work with yourself is problematic. If you believe future-you can’t be trusted, you’ll never even try to plan for the long term. Why save for retirement or eat healthfully if you think future-you will exploit the benefits you give him? To succeed, we need hope to spring eternal. We have to believe that we’re trustworthy.

But this doesn’t mean that there’s nothing we can do to nudge our future selves in the right direction. Today, mobile technology is helping to effectively transport our present selves — or at least our present intentions — ahead in time to remind our future selves how we want them to behave. Exercise and diet apps allow you to bring your present goals to your future self’s attention; drunken-dialing-prevention apps keep your future self from succumbing to inebriated judgments. Such devices won’t always ensure that you will comply, but they will at least remind you that you had a deal with yourself that you weren’t supposed to break.