Home / Depression / 5 Ways to Prepare for a Low Mood

5 Ways to Prepare for a Low Mood 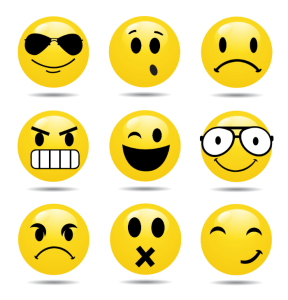 When your mood dips, it can help to have a plan you’ve already prepared.

What are we going to do if the worst happens?

Unfortunately, every successful organization or business has to face the fact that something’s probably going to go seriously wrong at some stage. Fire, floods, theft, intentional – or unintentional – damage are just a few of the catastrophes that could crop up exactly when you don’t want them.

Contingency planning, disaster recovery – when you run an organisation they’re an important part of what you must do.

Even if you’ve never been involved in the planning side itself, I’m sure you’ve suffered through fire drills either at school or in a workplace. Unless your idea of joy is standing outside a building in the cold, they’re generally considered important but dull. A bit like spinach or paying the electricity bill.

I expect you can see the sense in an organization preparing itself for unwanted problems, but I wonder if you’ve ever thought of doing something similar for yourself in the event of you being beset by a bout of the blues?

Just as a business would be foolish to forget making contingency plans for a fire until the flames were actually burning, you and I are almost certainly in the wrong mindset to tackle a low mood when we’re already in it.

Here’s a suggestion, then. When you have a moment, preferably fairly soon, why not jot down some simple plans for yourself? A kind of mood recovery plan. I’m sure you’ll have good ideas about what your own personal version of this should include, but there are five ideas to start you off:

When you’ve made the list, keep it somewhere safe. You might even accompany it with one or two ‘emotional first aid’ items, building yourself a little kit: things like a CD of music that makes you feel good; a DVD of a movie you love; a printed out message from someone who makes you laugh; a bottle of essential oil.

Successful organizations always plan for the worst, even if it never happens. Shouldn’t you?